Is Your Router Spying on You?

Is Your Router Spying on You? 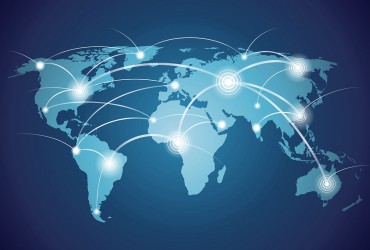 A quick answer. Probably. Millions of retail and commercial routers have been compromised by a Russian malware called VPNFilter. According to the FBI, the amount of infected routers is way more than originally thought when they first released the warnings.

According to a new report from security firm Cisco Talos, the VPNFilter malware is “targeting more makes and models of devices than initially thought, and has additional capabilities, including the ability to deliver exploits to endpoints.”

If you own one of the affected routers including models from Asus, D-Link, Huawei, Ubiquiti, Upvel and ZTE — it’s strongly recommended that you perform two key steps: upgrade the firmware and then factory-reset the router.

First of all, this is not to difficult and there are two ways to update your router’s firmware. Most routers have a built-in update function to check for newer firmware. You can use this tool to update and then reset the router. Some models may have had this function compromised, so to be on the safe side:

Once you have done this you should be good to go. remember to check for updates to firmware every 30-60 days. Most manufacturers have a notification system to alert you of releases. I encourage you to subscribe for this.

If you are uncomfortable with doing any part of this, call us and we’ll be glad to perform this for you. An important note: If you are using a router provided by your ISP or service provider, do not attempt this. Call support for you provider and request that they update your router ASAP. Do not let them put you off. Most will try to tell you you have nothing to worry about but ISP’s are usually the worst at doing these kinds of updates. Don’t take no for an answer as this flaw has been exploited in millions of routers without users knowing.

Which routers are affected?

Courtesy of Cisco Talos, here’s a current list of the models affected by VPNFilter.

As usual, if you have any questions, please email me at rtrembath@quasardata.com.